LHA Welcomes New Member of the Board of Commissioners 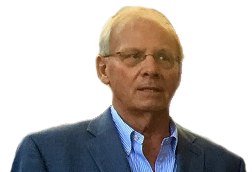 Last Wednesday, the LHA had the pleasure of welcoming Philip L. Shea as the newest member of the Lowell Housing Authority’s Board of Commissioners. Commissioner Shea’s roots to Lowell and the LHA run deep. Shea has ties to LHA as a former resident at 86 Lewis Street, in the Acre’s North Common Village property in the 1940s.

Commissioner Shea is a proud Lowell native with a lifetime of accomplishments. Commissioner Shea was educated in Lowell Public Schools and has an accounting degree from Bentley College. Shea holds a special distinction as the only Lowell elected official to have served in the Lowell City Council, the Massachusetts House of Representatives, and the Massachusetts State Senate. As a member of the House of Representatives Shea established a housing court, and as a Member of the Senate, sponsored legislation to help preserve state parks in Massachusetts. At the pinnacle of his career, Shea served as Chief Financial Officer under Secretary William Galvin.

Throughout his career, Shea had been instrumental in developing federal, state and local partnerships with an emphasis on revitalizing the City of Lowell.  He is widely recognized for his leadership and mentoring of young public servants in their pursuit of higher education, and professional development. Commissioner Shea. For the last 25 years, Commissioner Shea has supported the Lowell Housing Authority’s nonprofit affiliate, the Lowell Youth Activities Program, Inc. Scholarship Awards, awarding upwards of $20,000 in scholarships annually to deserving low-income students living in Lowell.

During the meeting, Commissioner Shea expressed his sincere gratitude for the appointment by City Manager, Eileen Donoghue, and his appreciation for the Boards senior members and staff, who have had the pleasure of working with Shea for decades. Shea indicated that he was in a unique position as a former resident of the Acre and looks forward to working with the Board, the leadership team and staff, on behalf of residents of the Authority.

The Lowell Housing Authority is excited and grateful for the opportunity to work alongside committed supporter, Philip L. Shea. Commissioner Shea is humble, dedicated, and possesses lifetime of knowledge of the City and its residents, making him a perfectly suited partner to lead the agency into the future.  Gary Wallace, LHA’s Executive Director praised Shea, commenting “It’s the perfect time for Phil Shea. Phil will be strong asset to the LHA, as the agency enters a new phase of re-branding, reorganizing, staff development, resident initiatives, and community development. We are fortunate to have Phil’s leadership, financial acumen, and his personal life experiences we know he will bring to our mission.”